Generally, lifts are powered by an electric powerhead, a hydraulic drive, or a manual wheel. The drive turns a drive pole around which the lift cable is wound.

Although they vary somewhat among manufacturers, the following lists the basic types of lifts: 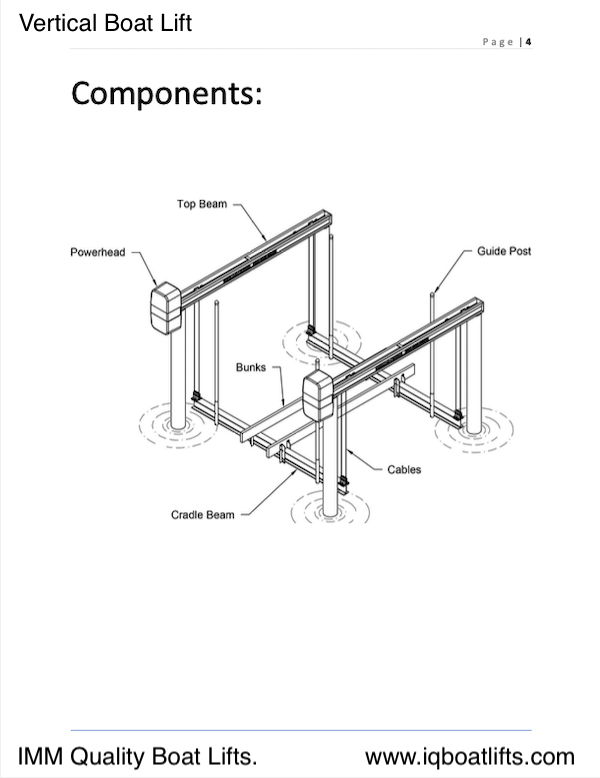 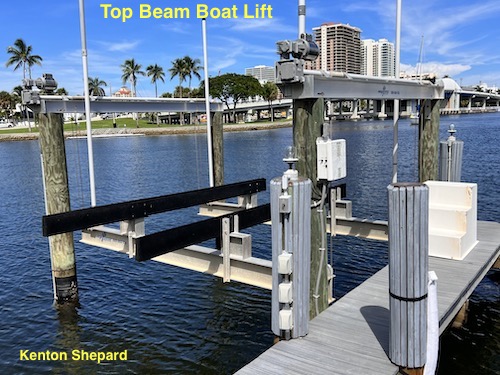 The top beams contain the drive poles around which the cables are wrapped. 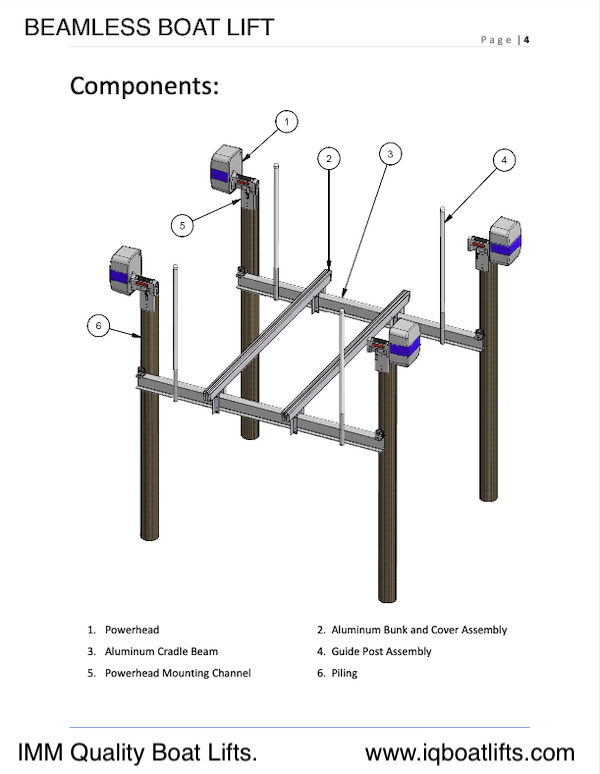 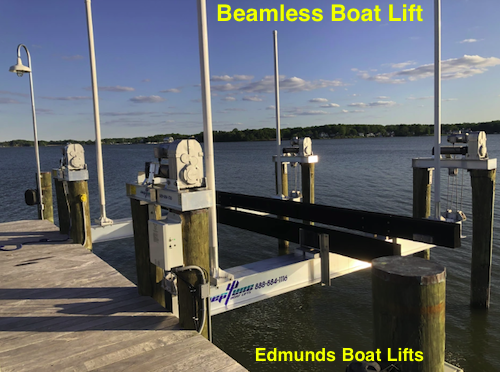 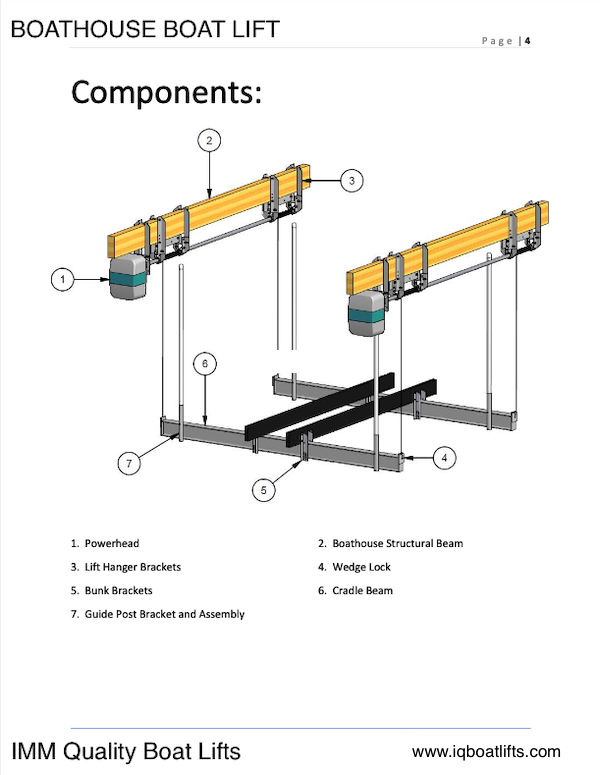 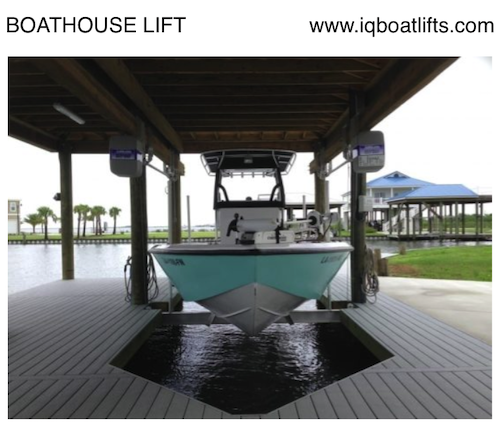 Boathouse lifts may be suspended from separate beams (as shown here), or from a central beam. 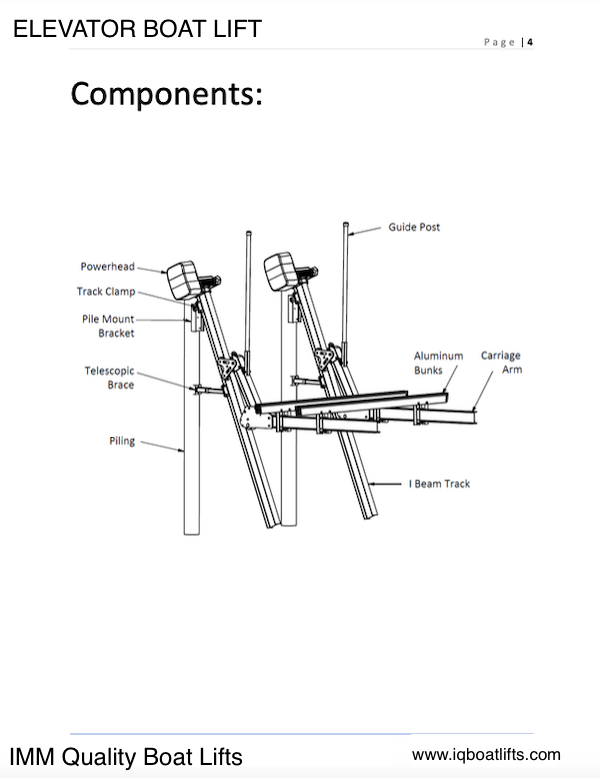 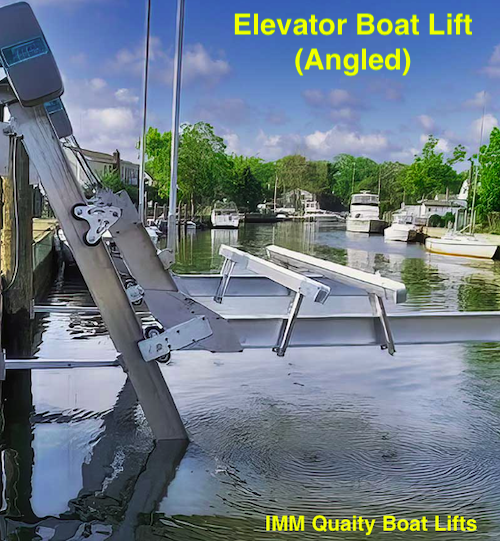 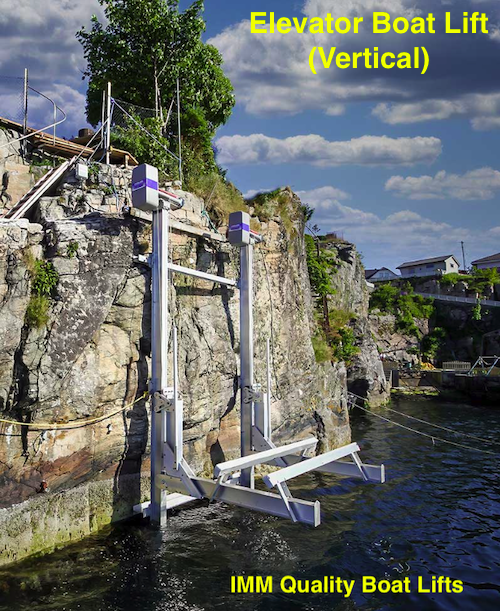 Elevator lifts may be angled or vertical (plumb). 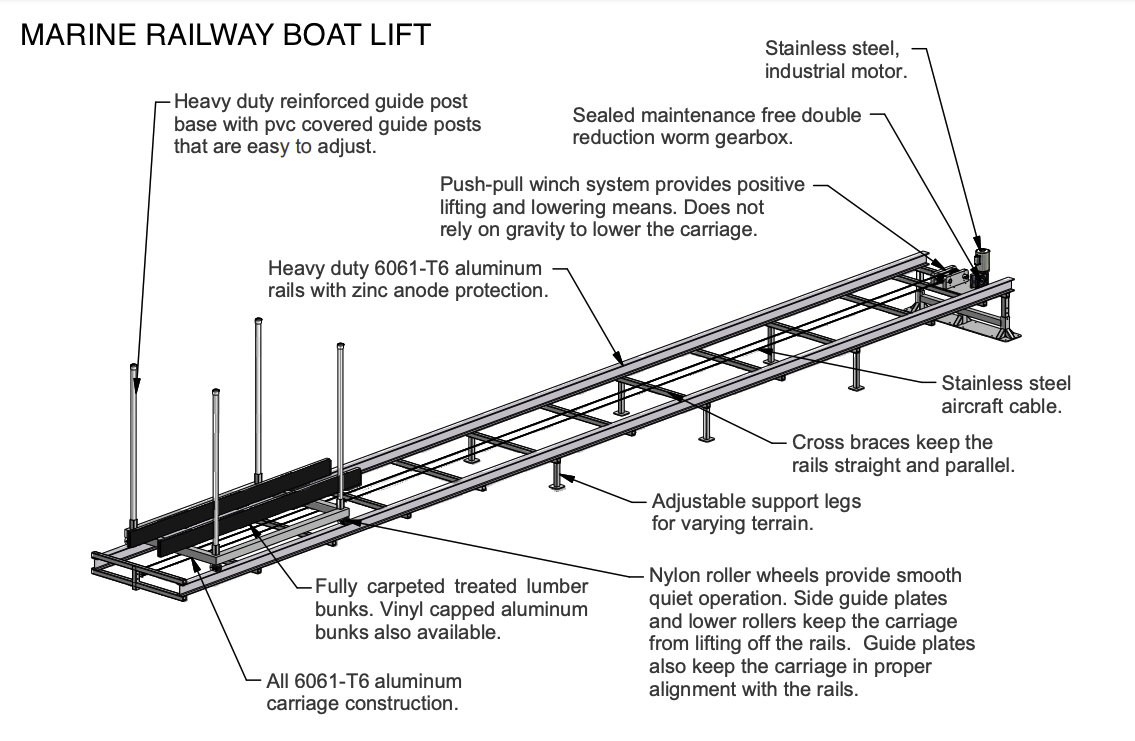 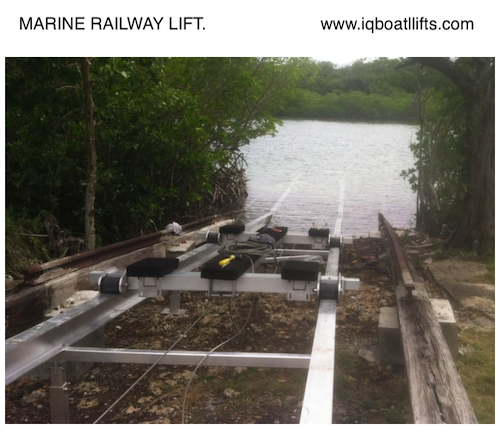 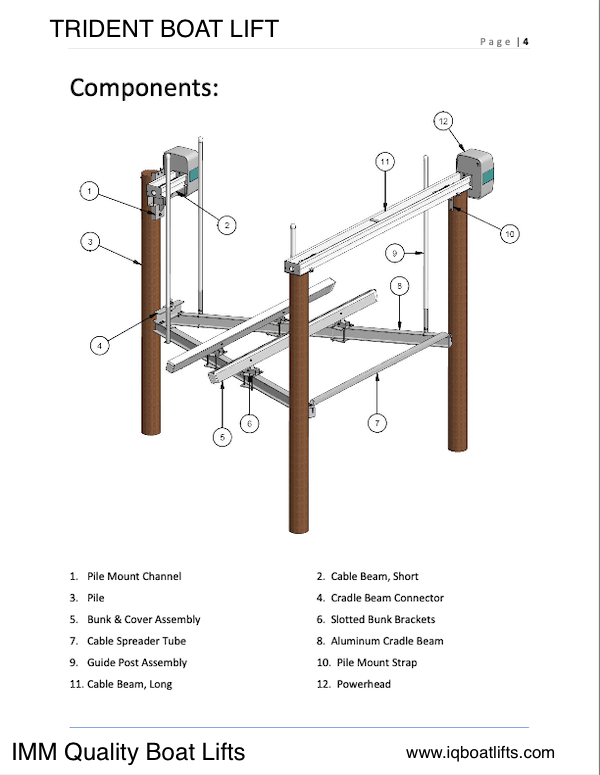 Trident boat lifts are used at canal ends or other places where space is limited. 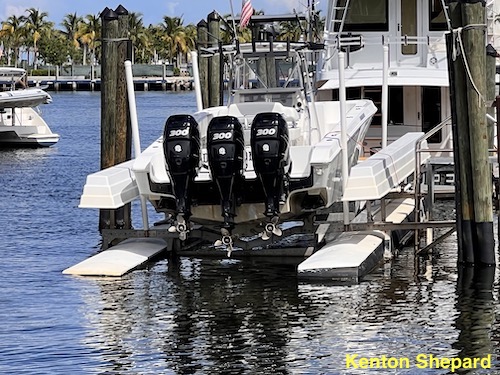 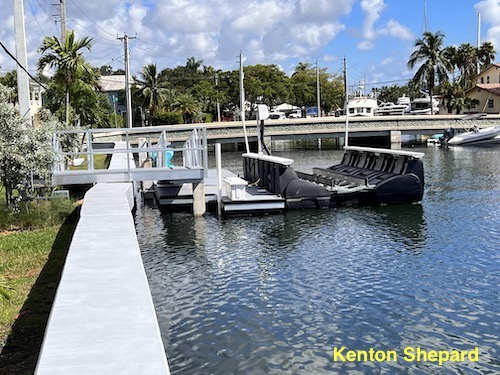 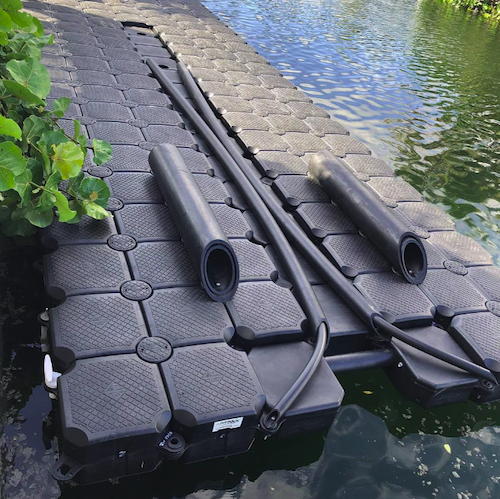