Double-pane insulated glass (IG) windows consist of two hermetically sealed panes of glass separated by an aluminum or stainless-steel spacer that contains silica beads that act as desiccants; they absorb moisture. The panes are sealed around this spacer with sealants like silicone or polyisobutylene. Some manufacturers use both to form primary and secondary seals that help extend the lifespan of the sealed unit.

Seals have to resist thermal cycling, UV radiation, moisture ingress, and must retain any inert gas (like argon) installed between the panes.

As windows age, the sealant that hermetically seals the space between panes ages, increasing amounts of air move into and out of the airspace between the panes. Water vapor entering this airspace is adsorbed by silica desiccant beads installed behind aluminum spacers installed around the perimeter of the glass assembly. 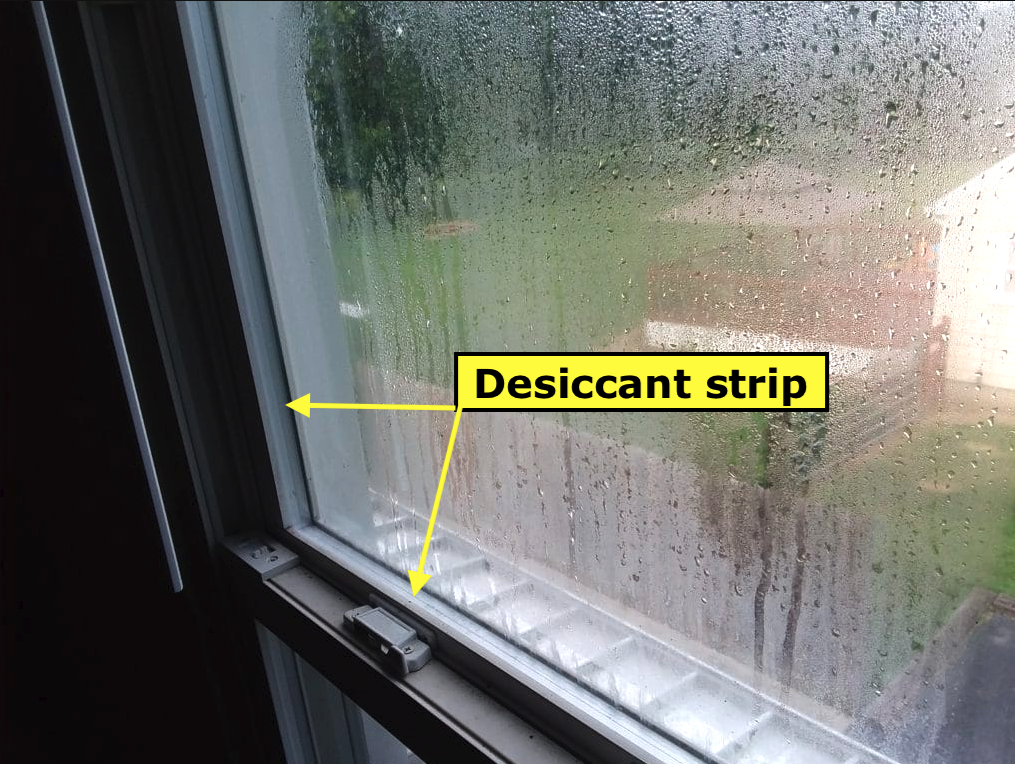 Eventually, this desiccant becomes saturated and can no longer absorb moisture. Moisture vapor in the airspace then condenses on the interior of the panes.

Especially during initial failure, condensation may be visible only when the window is exposed to direct sunlight. Over time, this condensation will first stain- and then etch- the glass in a manner that is permanently visible. 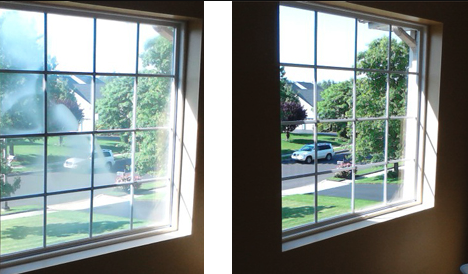 Stage 1. Condensation appears when the window is in sunlight but disappears when it is in shade. 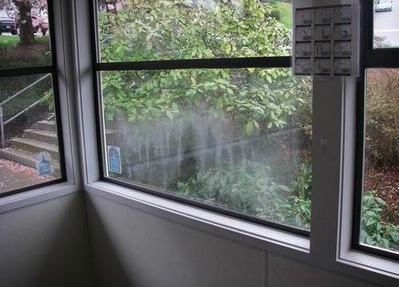 Stage 2. Condensation appears when the window is in sunlight and leaves stains when it is in shade. 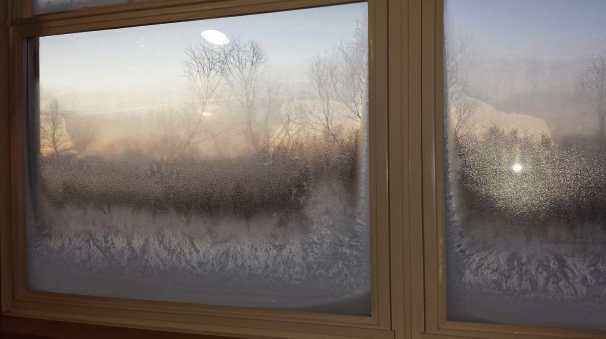 Stage 3. Window is permanently stained and the glass is etched.

Repair of Windows with Failed Seals

Companies exist that offer to repair failed seals by various means. I recommend that you not make a recommendation other than that the client contact a qualified contractor or window manufacturer to discuss options and costs for repair or replacement, although I typically mention that replacement is more common.

Windows may also be triple-pane, typically built using the same methods as double-pane or may be double-pane with a film down the center. In film-type windows, the film lifespan may be much shorter than the lifespan of other components.