Expansive soil distribution in the USA

What is Expansive Soil?

Expansive soils are fine particle clay-based soils that expand in volume when they are exposed to water. Different clay types have different expansive characteristics.

Expansion is caused by an electro-chemical attraction between water molecules and fine clay particles. Materials consisting of fine particles have greater surface area than material containing large particles, so because clay has a lot of surface area per given volume it attracts a lot of water. Because water attaches to particle surfaces but is not absorbed by them, this process is called adsorption. Surface tension is a contributor to this process.

Expansive soils can damage foundations and concrete floor slabs through uplift or lateral expansion. In a typical year in the US, expansive soil causes greater financial loss than than hurricanes, floods, earthquakes, and tornados combined.

Soils capable of damaging foundations may contain as little as 5% of the active mineral, and may exert as much as 5,500 pounds per square foot of pressure (psf) against the concrete.

Special methods must be used when installing foundations on expansive soil in order to avoid potential future damage as the soil expands. One method is to rest the foundation on piers that extend down below the zone of water-content fluctuation where the soil is stable, or to bedrock. 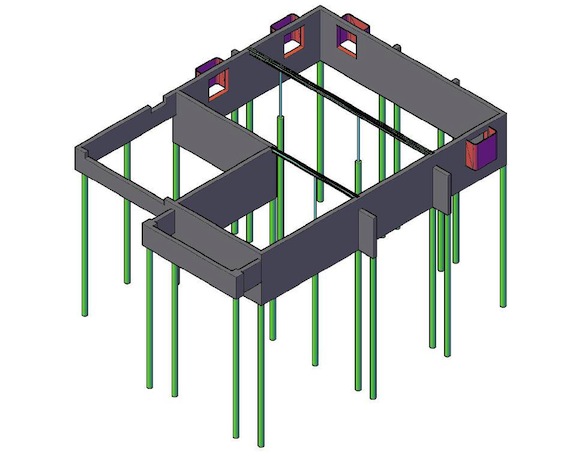 This method is called the drilled pier foundation

When drilled pier foundations are used, Holes are drill at intervals around the foundation (typically at corners and wall midspans), and structural steel is installed in the holes before concrete is poured to form the piers. 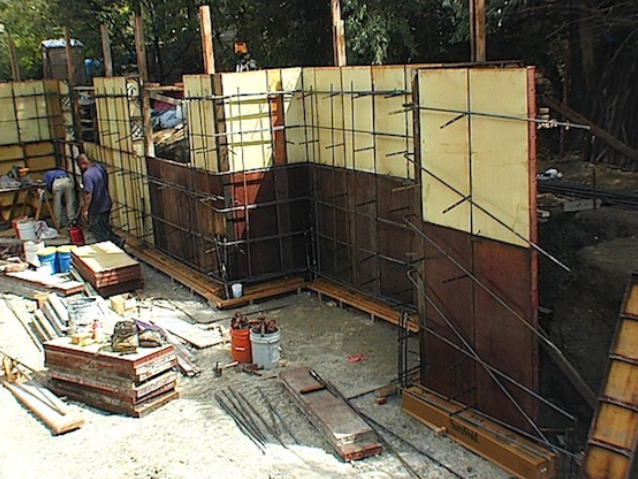 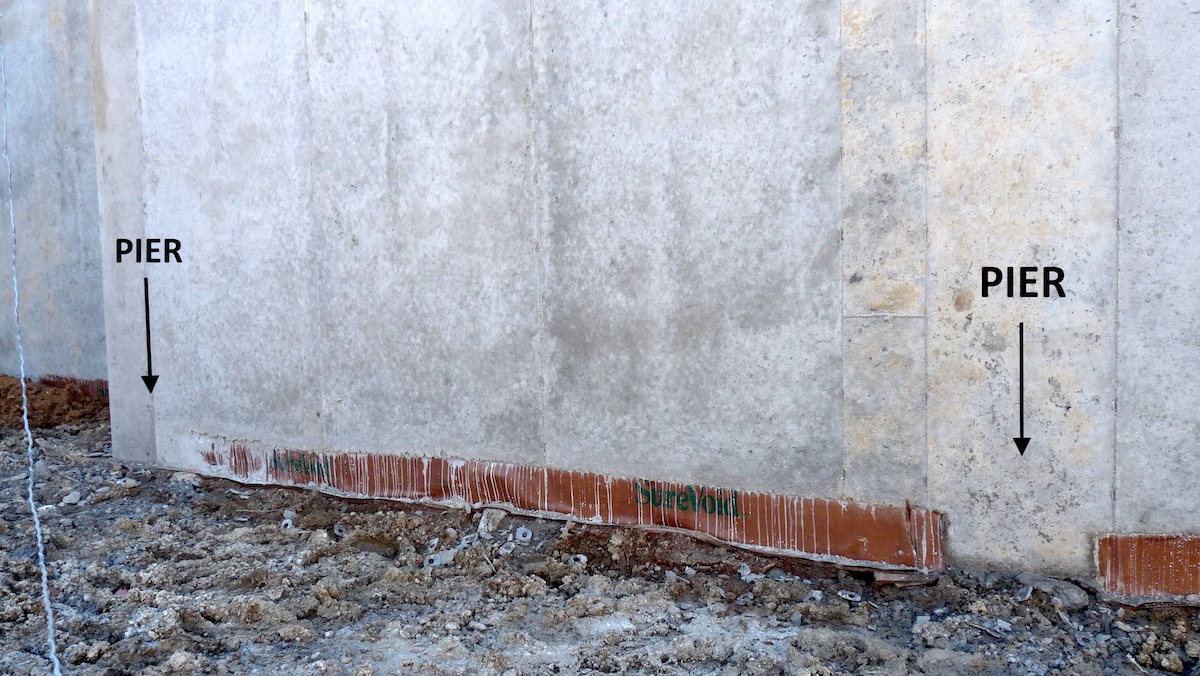 This is how void forms look after installation.

Inspectors may recognize homes built over expansive soils by the damage created by heaving. You may feel the rise and fall of a slab as you walk across it. 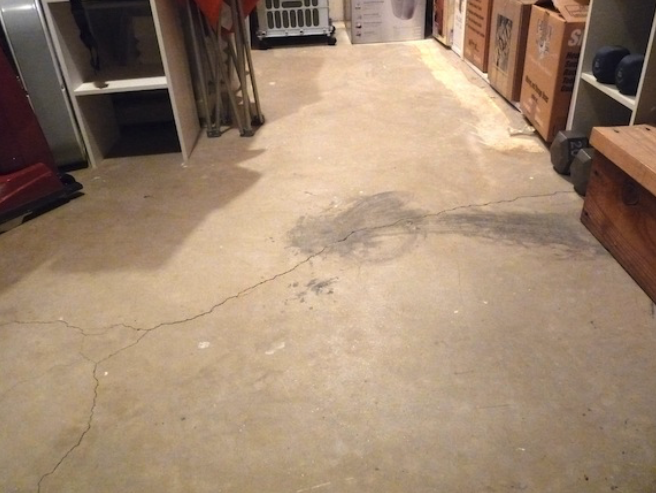 ...and you may also see cracks as a result of that heaving.

A method for dealing with expansive soils when framing walls during finishing out a basement is the use of "floating walls"; a term used to describe the use of double bottom places with a space left between and guide spikes installed. 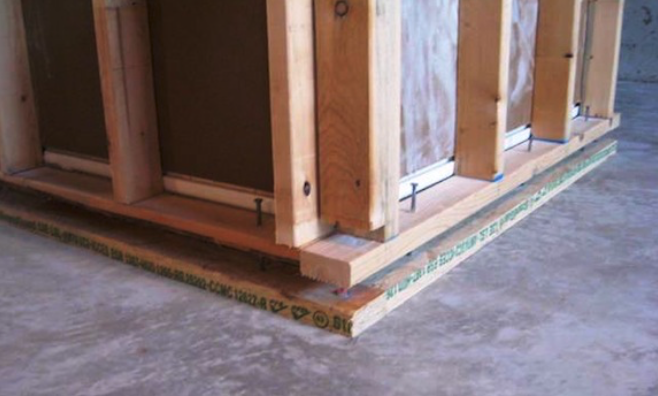 During finish, baseboard may be fastened to the lower plate only, and the drywall held well up from the floor, allowing some heaving to take place without damage. 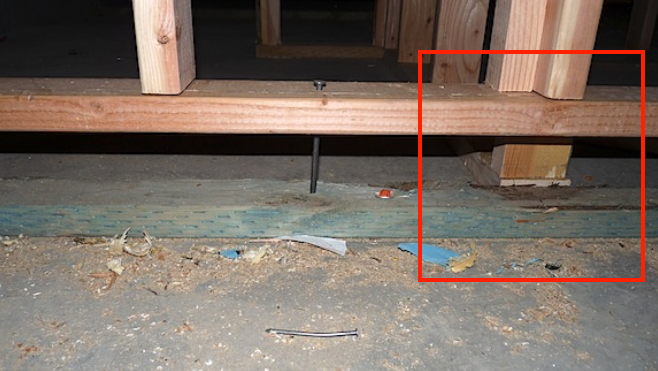 In this photo, a floating wall is attached to an intersecting wall that has been framed full length. The full-length wall will transit any heaving of the slab to the floor framing. This movement can continue upward through the load path until it reaches the roof! You would definitely comment on this condition in yoru report.