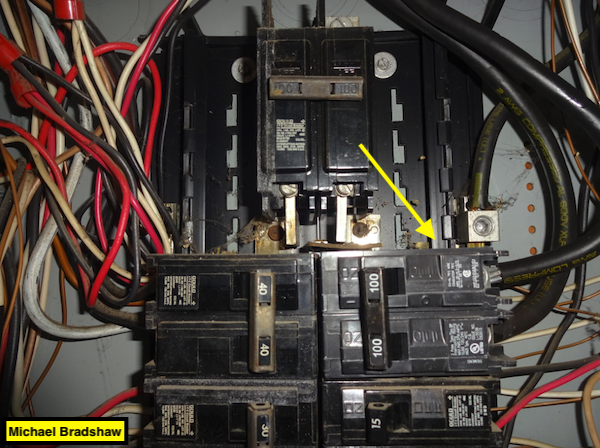 Backfeed breakers are breakers installed to feed supply bus bars, but unlike conventional disconnects, they are a breaker installed on the breaker slots of the bus bar instead of being conspicuously separate from it. The yellow arrow in the photo above points to a backed breaker. The feeders supply the 100 amp backed breaker while the main disconnect, visible above the breakers, appears to controls power to another panel.

Backfed disconnects must be attached to the load center with a screw, clamp, clip, or other device specifically made for the purpose of preventing the disconnect breaker from being accidentally pulled loose from the bus bars of the load center. The backfire breaker in this photo has no such retaining device and this would be called out as a defect in the inspection report.