Granule loss from foot traffic typically happens first at shingle butts. In the photos below, the doorway onto the roof offered easy access for kids. 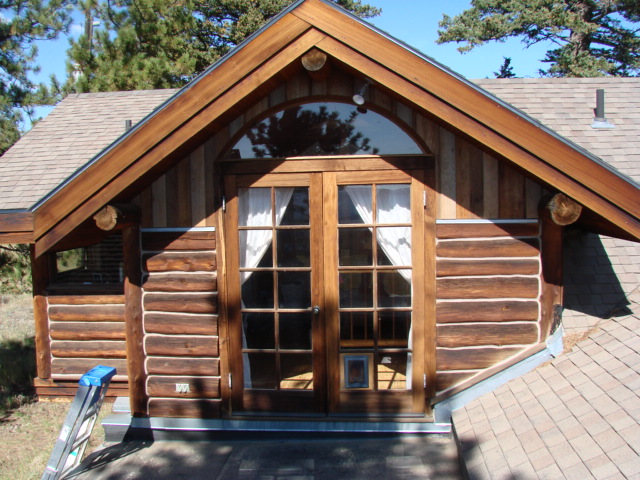 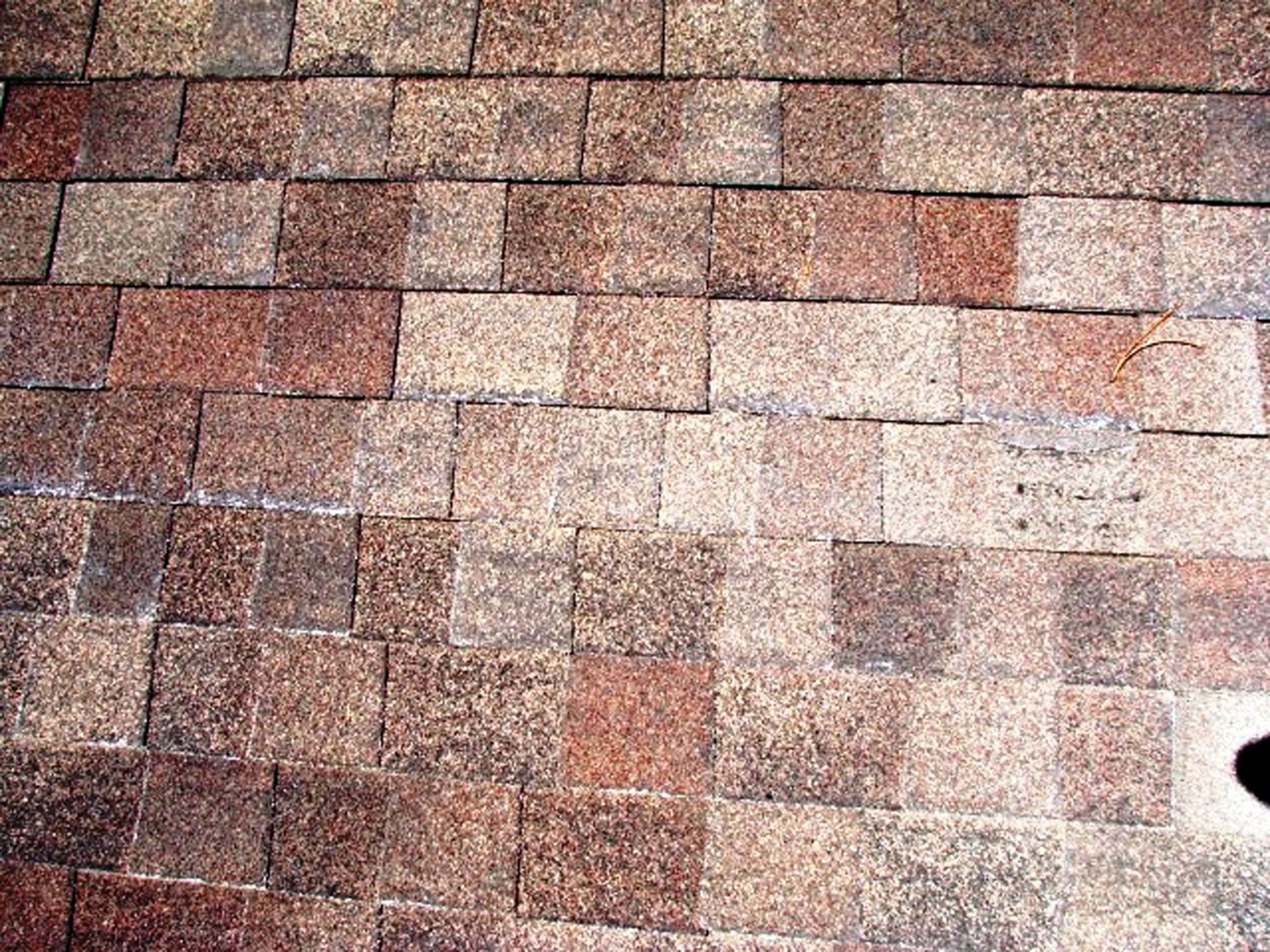 The white butts of shingles in the photo to the right are the fiberglass mat where granules and asphalt have been worn away. 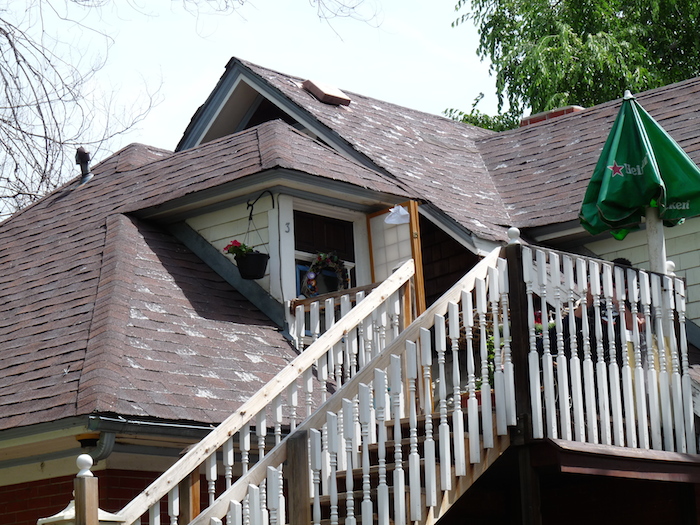 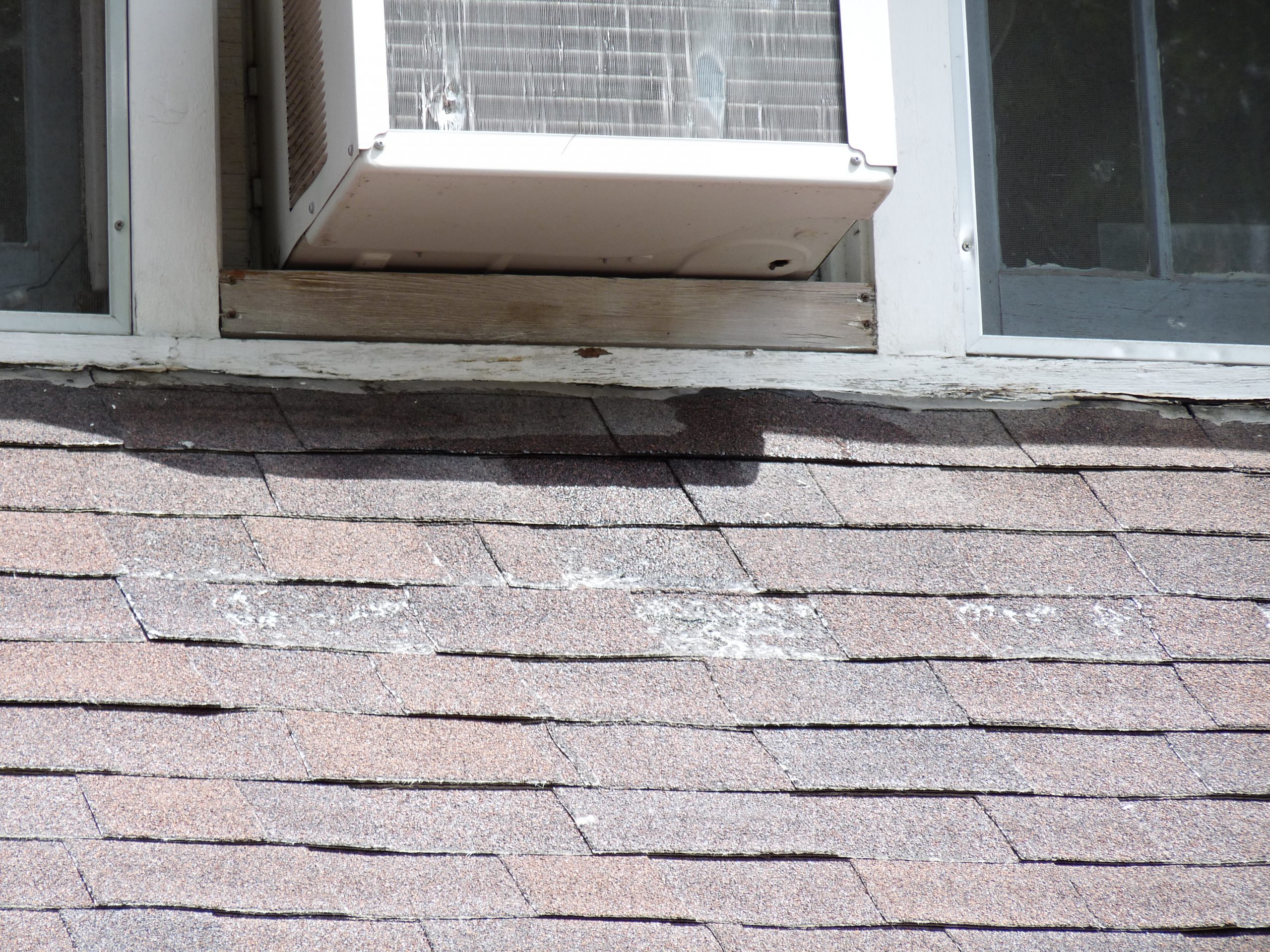 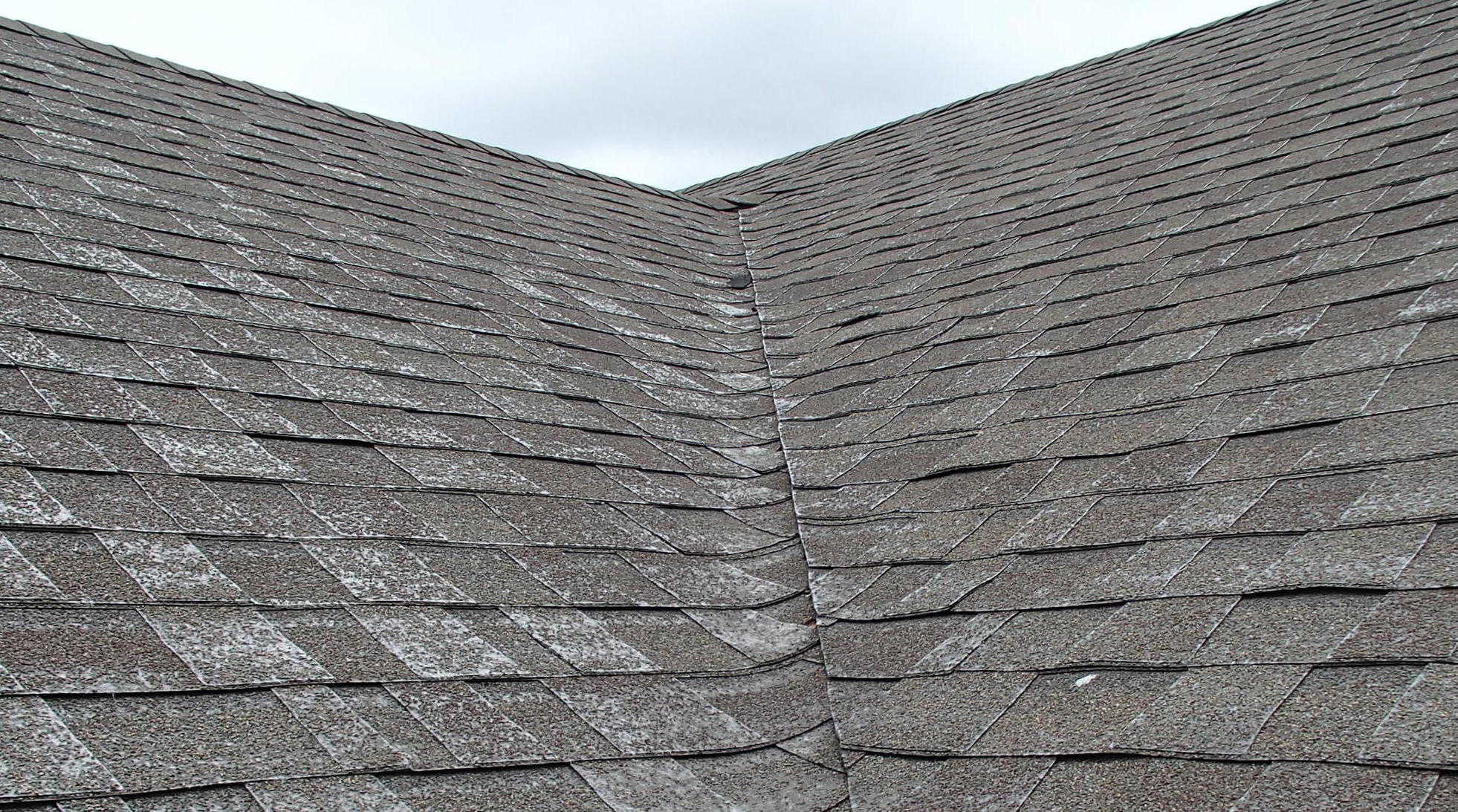 On roofs with granules lost during pressure washing, damage is likely to look uniform instead of being located along natural paths of travel.

Newly installed roofs can sometimes shed significant amounts of granules. These granules- called “hitchhikers”- are interlocked with granules embedded in the asphalt surface during the manufacturing process, but are not themselves embedded. Runoff from precipitation will eventually wash them off the roof. Unless you see a corresponding, significant thinning of granules on the roof, his condition is not a defect. 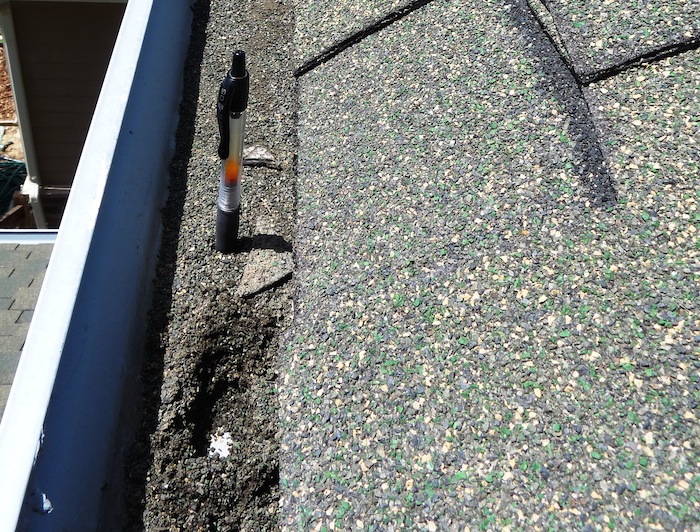 Hitchhikers should be cleared from the gutters to avoid gutter corrosion and impeding drainage.

Long-term, uniform granule loss is not considered functional damage by insurance companies, it’s considered part of the natural aging process. The rate at which shingles lose granules depends on the quality of the shingles and the climate zone of the home on which they’re installed.

Granule loss that is uniform across the roof is usually a result of normal weathering. Over time, the bond between the granules and asphalt deteriorates, and granules will be loosened and carried away by runoff.

Premature failure of the bond between the granules and asphalt can be caused by poor-quality asphalt. It can also be caused by other conditions, like foot traffic (not uniform), blistering, batch problems or roof slope orientation.