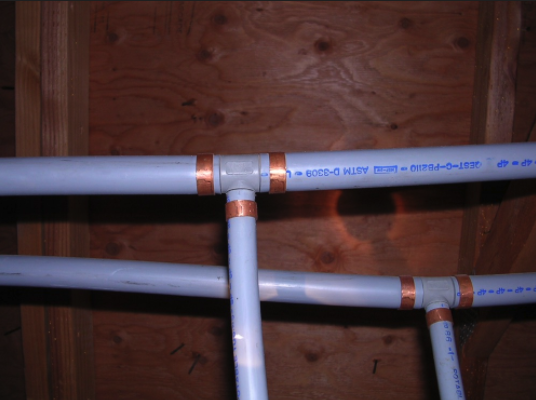 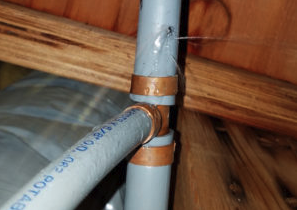 Polybutylene (PB) piping has been the subject of a national class action lawsuit involving certain polybutylene plumbing systems and polybutylene yard service lines installed between January 1, 1978 through July 31, 1995.
Oxidants in the public water supplies, such as chlorine, react with the polybutylene piping and acetyl fittings, causing them to scale, flake and become brittle. Micro-fractures result, and the structural integrity of the water distribution system is compromised. The system may become weak and fail without warning causing flood damage to the building structure and personal property.
Throughout the 1980's lawsuits were filed complaining that allegedly defective manufacturing and installation caused hundreds of millions of dollars in damages. Although the manufacturers have never admitted that this material is defective, they agreed to fund the Class Action settlement with an initial and minimum amount of $950 million.

Conclusion: since there was a specific window of time during which PB was widely considered to be defective, I recommend you use the above information as a narrative and include a recommendations that they have it evaluated by a qualified plumbing contractor to determine the need for replacement.

PVC is not approved for use as hot water distribution pipe.  Chlorinated Polyvinyl Chloride (CPVC) IS approved. Both are white and are typically clearly marked.

Recommendation:  "The inspector recommends that all PVC pipes be replaced with pipes of an approved material by a qualified contractor."