This translation is based on Mexican terms. Although the Spanish language is similar across Latin America and Spanish-speaking Europe, specific terms relating to the different home systems and components sometimes vary by country.

Because of the great number of Hispanics in the North American building construction workforce, various building-related industries have provided information- such as installation manuals- in Spanish. No building industry-wide English/Spanish dictionary or phrase book has been developed as an accepted standard and translations vary widely, sometimes within information provided by a single company. For example, CertainTeed has installation manuals for asphalt shingles available in Spanish, but translation terms for identical components varies significantly among these manuals.

Because certain North American building practices and materials differ from those in countries where Spanish is the first language, for some building terms common to the US and Canada, there are no Spanish translations, and those providing information requiring translation are sometimes faced with choosing one of four options:

We have used all four options in this library containing approximately 16,000 narratives total.

You will eventually be informed by somebody that the Spanish translation in your report is incorrect. "Correct" translation depends on what reference is used. Pleasing everyone is impossible. For this reason, you may find the inclusion of portions of this "About the Translation" section in the report to be beneficial.

Because of the liability inherent in providing information in Spanish with unavoidable limitations in accuracy, you should clearly state in your report, in your Inspection Agreement, and anyplace else your attorney thinks is appropriate, that the Spanish translation is provided as a courtesy only, and the effective inspection report is in English. 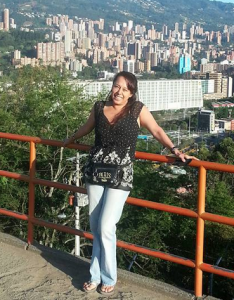 Maria was educated in México City, Cuernavaca, México and Switzerland.

Final translation and Spanish proofing by Yazmin and Deneyra Verónica. The sisters have been extremely diligent and tenacious in hunting down correct terms.

Yazmin is a physician/surgeon/massage therapist

She received her medical degree from the Autonomous University of the State of Morelos, and an English degree from the International Language Academy of Canada. Currently studying alternative medicine in Cuernavaca, Morelos, México.

Deneyra is a mechanical engineer educated in France, México and Canada

Masters in Interactive Design and Manufacturing,

2011-2013 CINVESTAV Center for Research and Advanced Studies of the IPN, Mexico City, DF

Terms were suggested by local contractors, architects, and Infonavit inspectors, with terms also found by walking through Home Depot, Cuernavaca.