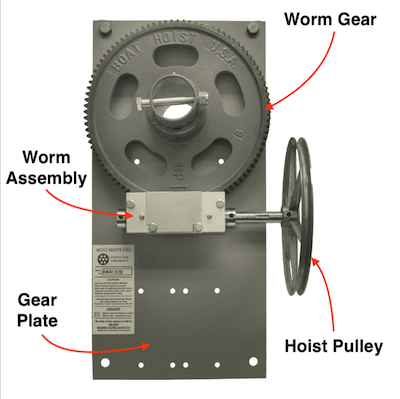 Mounted on the flat plate gear plate drive assembly (also called the backplate) are a worm gear, a short (or extended) block worm assembly, a (typically) 10-inch hoist pulley, to which a drive belt will be attached.

The worm gear assembly has a sleeve, backplate bearing, axle sleeve bolt, and snap rings. It is lubricated through 1/4 inch grease fittings (zircs). 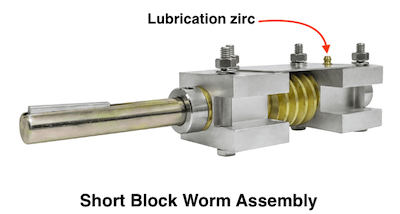 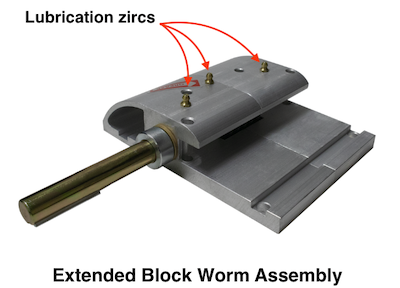 A worm assembly has a bearing block, a single-threadworm on a shaft, and an aluminum housing with 1/4 inch grease fittings. The assembly attaches directly to the back plate through standard mounting holes.

There should be no steel-on-steel moving parts. The worm gear and single-thread worm should be of different metals, for example a cast iron worm gear and a bronze worm, or vice versa. 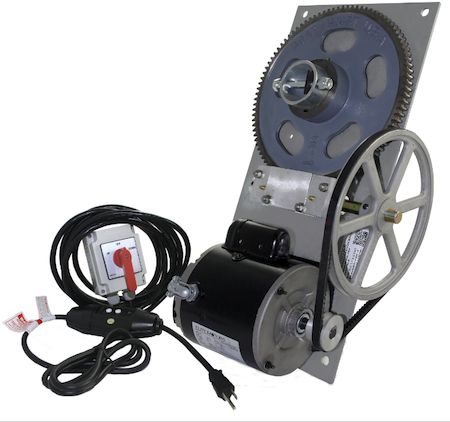 For more detailed explanations and information on flat plate drives, see pages 5-7 of the BH-USA-Equipment-Guide. Although this is a technical manual for BH-USA equipment, flat plate drives from other manufacturers will work in a similar manner. For drives made by other manufacturers, look on my Manuals: Lifts, Drives, Remotes page, or check online. 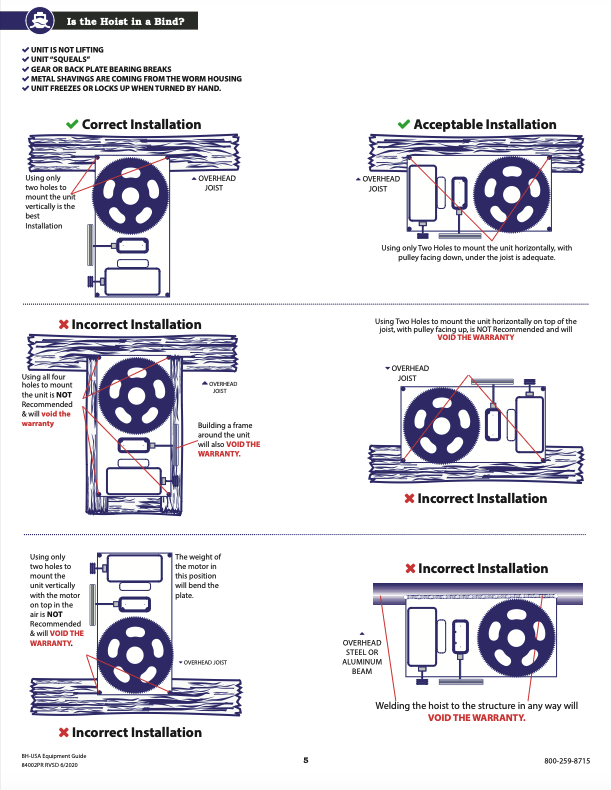 Bear in mind that when viewing this diagram, a drive pipe (not shown) would normally be located in the center of the worm gear. If it were included in this diagram, you would be looking at the end of the drive pipe.

Red-colored boat hoist grease is an NLGI #2 grade of grease. Fortified with additives to protect against rust, corrosion, oxidation, and wear. Hoist grease is a non-melting, custom-built grease that protects even against saltwater.
Oxidation stabilization keeps the oil and other organic components from becoming rancid, increasing service life. Extreme pressure properties provide the lubricant to prevent galling.

Remote controls will vary somewhat by manufacturer, but each will have a portable transmitter and a receiver mounted somewhere on the drive. 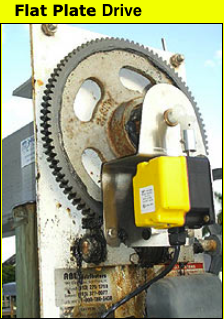 This photos shows a yellow GEM brand receiver mounted in front of the worm assembly, with a cable extending down to connect to the motor (not shown).